Ups and downs on migration

People say “Life is like a roller coaster” with its ups and downs. So it seems also with our Whimbrel satellite tracking project. 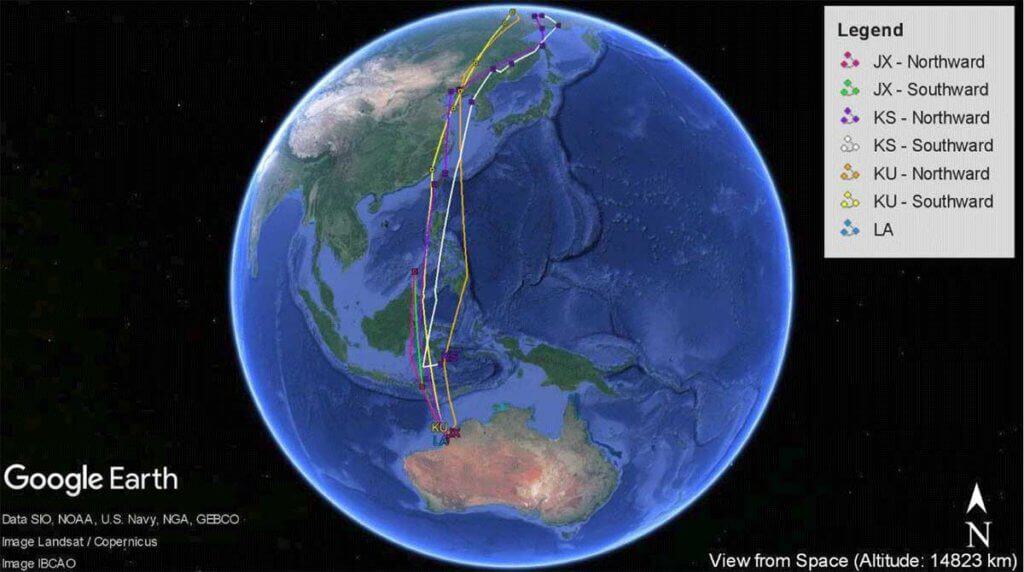 On the upside, KU has returned to Australia after flying more than 19,800km on a migration journey of 195 days to and from the breeding grounds in Siberia (Figure 1.)!

KU departed its breeding ground around mid-July, after making 3 stops in Northern China, Sulawesi in Indonesia and Timor-Leste, it arrived Australia Mainland on October 29th, 2017.

On the downside, we are disappointed to report that we’ve lost signal from KS since late September. Based on the fact that transmissions from the satellite tag have been less frequent in the final few weeks since KS arrived in South-east Sulawesi, we do hope that it was the transmitter which failed, rather than something happening to the bird itself. It is hoped that KS might be seen again in Roebuck Bay later this season, confirming that it is safe.

At Roebuck Bay, JX regularly spends time at Dampier Creek, West Quarry and the salt-marshes south of Crab Creek. Amazing that it has managed to escape being seen by birders since August.