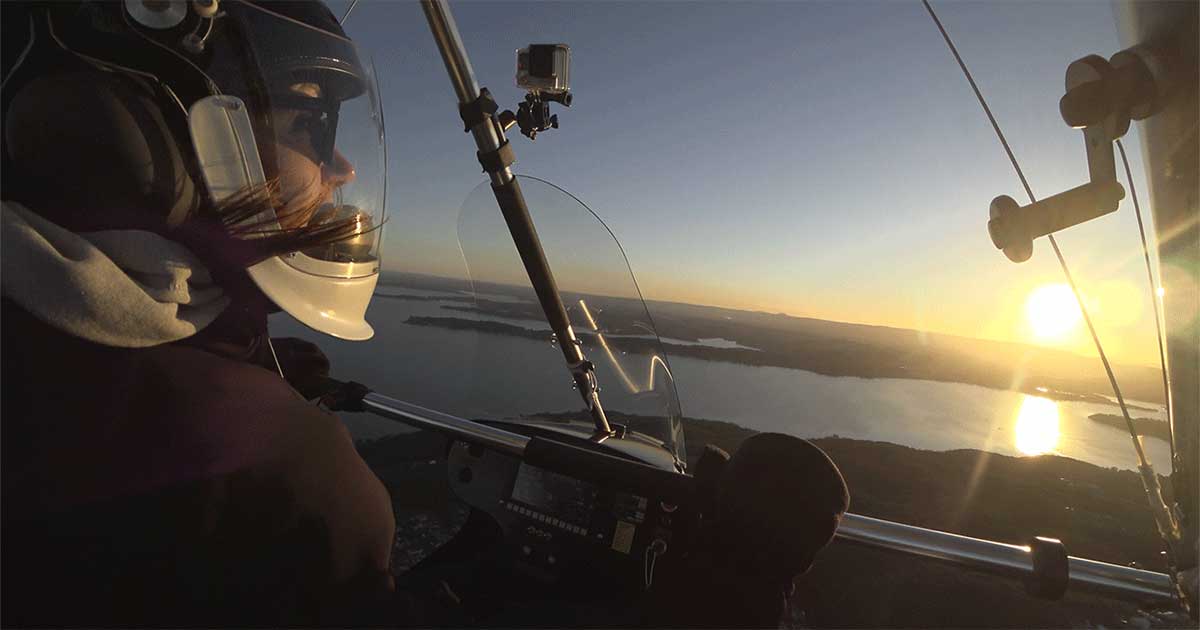 Hi, my name is Amellia Formby.

I’m originally from Gippsland in Victoria and I am an artist and a zoologist. I currently work for Bird Life Australia as a Project Officer for their Migratory Shorebird Program in Newcastle, NSW.

I’ve loved birds and birdwatching since I was a kid and became fascinated by shorebirds while studying zoology at The University of Melbourne. Around the same time, I began volunteering with the Victorian Wader Studies Group and the Australasian Wader Study Group, banding and flagging shorebirds around the Victorian coast and Broome, WA. 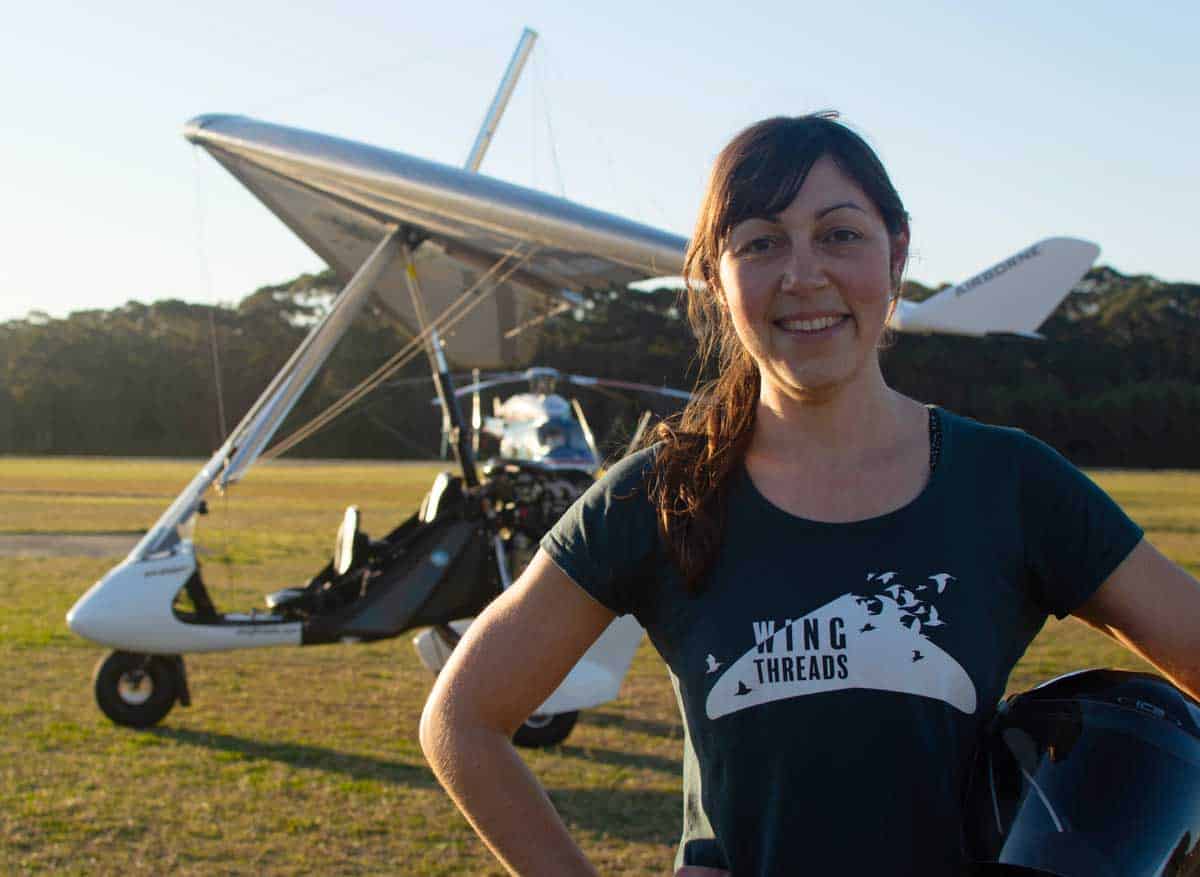 At the time, I had just moved to Perth to start a new life and a new job at the University of Western Australia. I had been speaking with a friend the night before about how his brother flew a microlight and he was telling me how easy they are to learn how to fly and pretty cheap too if you want to become a pilot.

I had never flown a plane before and had no childhood dreams of becoming a pilot. Nor was there a history of aviation in my family. The next day as I was driving to work, the idea just popped into my head out of nowhere – I could learn to fly a microlight and follow the shorebirds on migration to Siberia. I was so green… 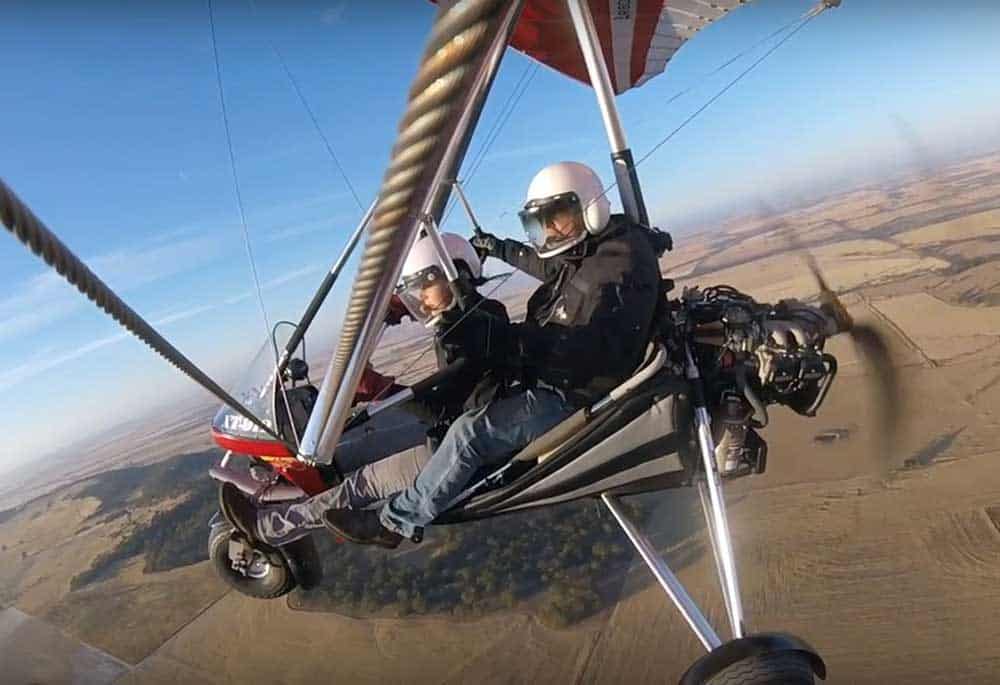 It would be another year before I had enough courage to start pursuing this idea. I was in debt and I didn’t own a car let alone enough money to pay for flying lessons.

I began training with flight instructor, Gordon Marshall, in April 2016 at Sky Sports Flying School in York, about 200 kms east of Perth.

I went solo a year later and am now a qualified recreational pilot with passenger and cross country endorsements.

I decided that the first step to pursuing this big dream would be to test my wings by flying around Australia, but I didn’t have a plane. So I ran a crowdfunding campaign in 2017 and managed to raise just over $18,000. Not enough for a microlight but it was a start.

At the start of 2018, I was sponsored by microlight manufacturers Airborne Australia, who offered to let me build up my hours flying their aircraft. So I sold most of my belongings, left my job in Perth and moved to Newcastle in the Hunter Valley region of New South Wales.

Then in May 2018, I was sponsored by the Peel-Harvey Catchment Council in WA and pooled with money from a crowdfunding campaign and Dick Smith,

I was finally able to afford my own aircraft - an Airborne M4 Sport microlight - that I got to help build myself.

My original idea was to fly around Australia in 2019. Before I did this though, I wanted to get experience flying in different parts of Australia. So I set off on a recce trip driving around Australia with the microlight in tow to promote Wing Threads and go flying.

Except things didn’t go quite to plan… Three days in I broke my leg at Caboolture airport shifting the microlight trailer. Despite being unable to fly, I continued the recce trip to promote Wing Threads. Then 9 weeks later when I was in Perth, I slipped in the bathroom getting my crutches and broke my wrist as well. 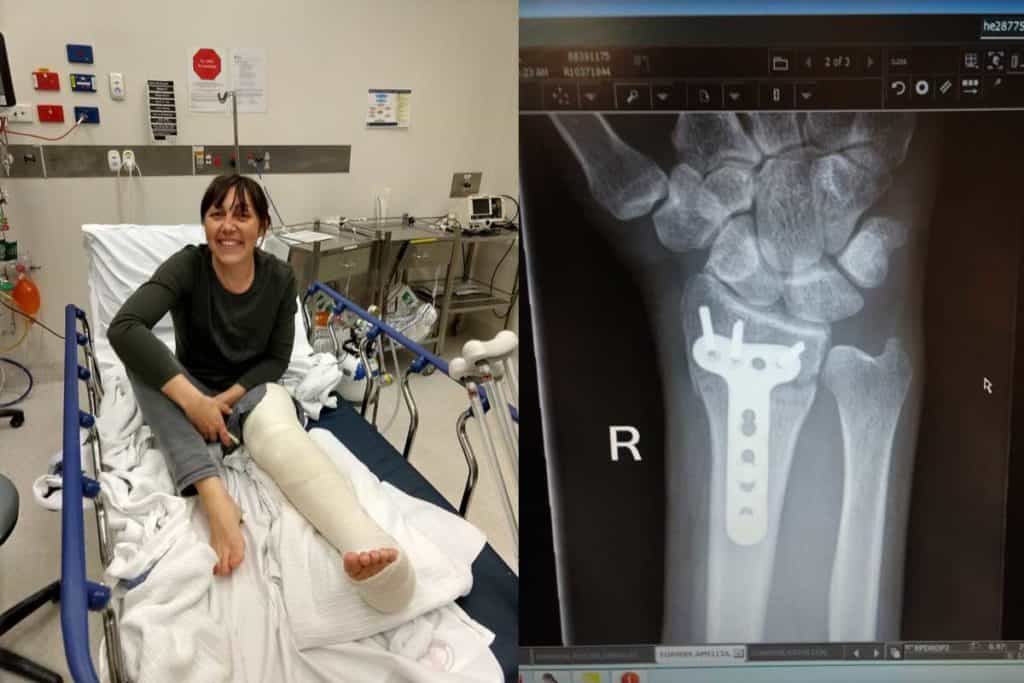 Once I’d healed physically and emotionally, I postponed the flight and returned to Newcastle to recover financially and continue working towards my dream.

During this time, I presented on Wing Threads at the Australasian Ornithological Conference in Darwin in 2019. Afterwards, I was approached by CSIRO Publishing, who asked if I was interested in creating a children’s book about Wing Threads to promote migratory shorebird conservation .

Of course I said ‘yes, and I know just the author to write the book’. It had just so happened that I had also presented on Wing Threads at the Australasian Shorebird Conference in Hobart the year before. After that talk, children’s book author, Jackie Kerin, introduced herself to me and asked if I would be interested in a collaboration. When I told her about the offer from CSIRO Publishing, I was thrilled that she was as enthusiastic as I was to create this book.

The children's book, titled A Shorebird Flying Adventure, has been written by Jackie Kerin and will be illustrated by me, Amellia Formby, and will be released in early 2022. 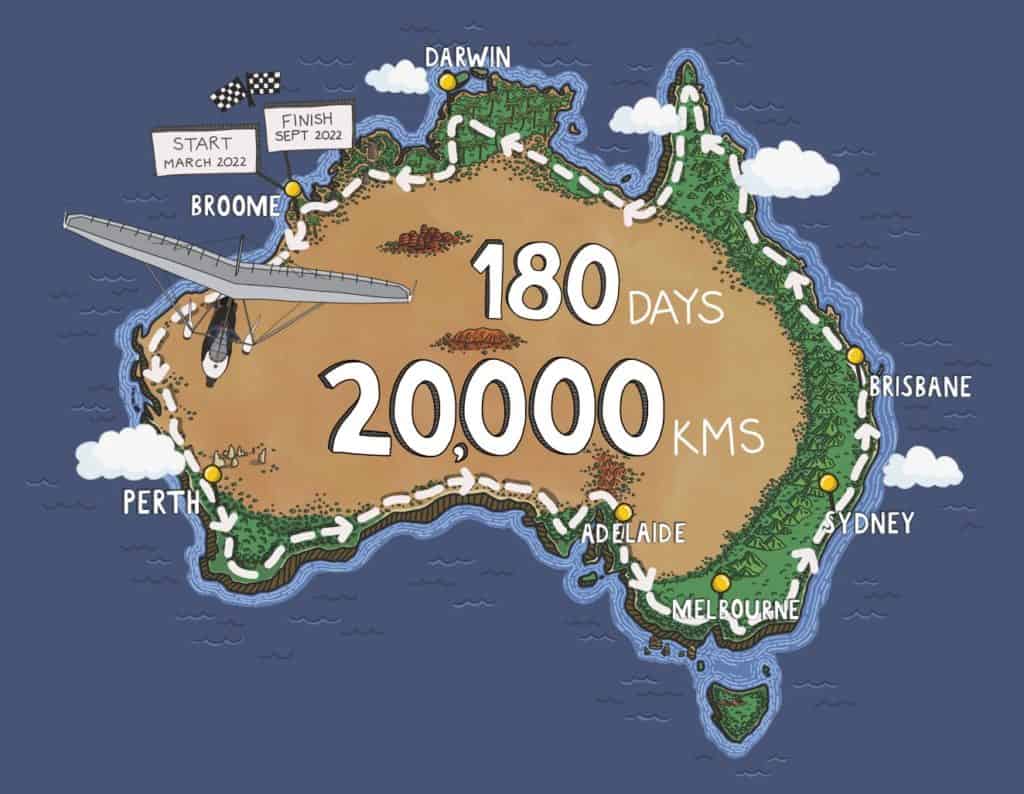 I’m now preparing to fly around Australia in 2022 to bring A Shorebird Flying Adventure to schools all around the coast.

These school visits will help to fulfill educational objectives for BirdLife Australia’s Migratory Shorebird Conservation Action Plan, which aims to improve conservation outcomes for migratory shorebirds all throughout the East Asian-Australasian Flyway.

To be a part of the Wing Threads adventure, please register to pre-order the book or download the Project Info PDF for more details. 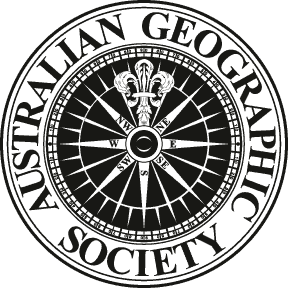