Reunion on the way home

Last but not least, Whimbrel KU has decided to move south after staying at the Yellow Sea for 50 days and has joined KS in South East Sulawesi! 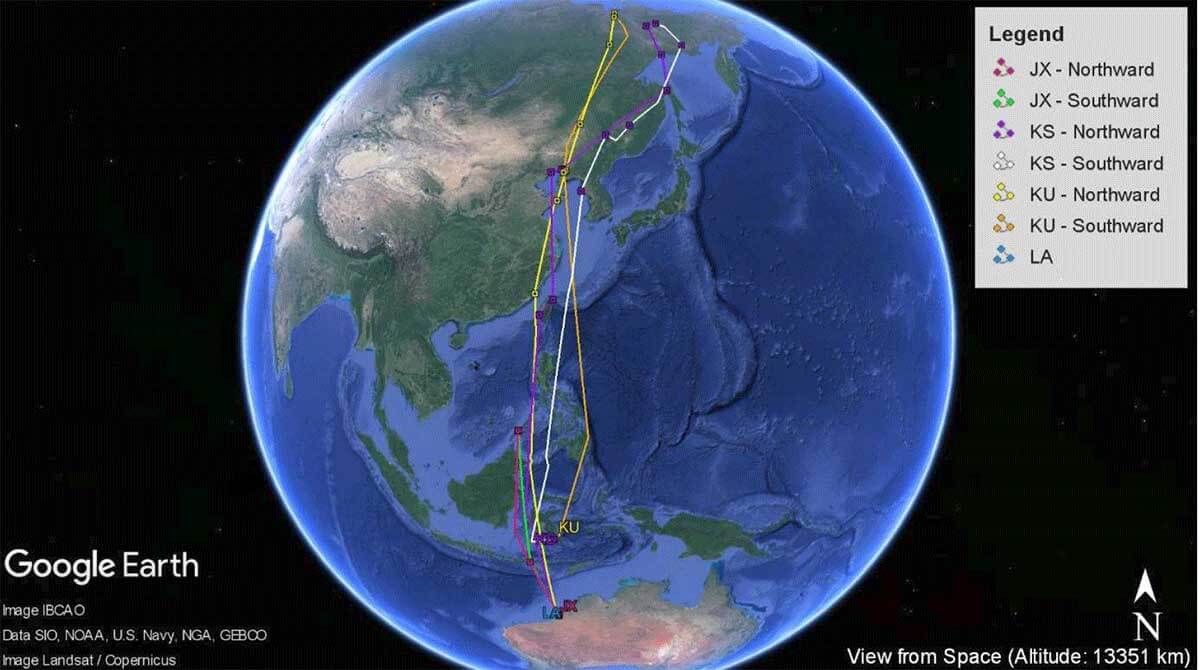 Very similar to KS on its southward migration, KU departed Yingkou in Liaoning Province at night on September 24th and flew continuously for 6 days to arrive at South East Sulawesi. This 6-day flight covered a distance of 5,072km with an average speed of 35.2kph.

To our surprise, KU joined KS to stopover at south-east Sulawesi, where they are only 60km apart from each other.

It is amazing to see these two birds once again using similar stopover sites. Earlier this year during the northward migration, they reunited at the Yellow Sea in Panjin, Liaoning Province, sharing similar paddy field habitats just 50km apart from each other. After a successful breeding season in Siberia, four and a half months later they reunite again in Sulawesi!

Whimbrel at the ferry at Delta by Nigel via Flickr [CC BY 2.0]