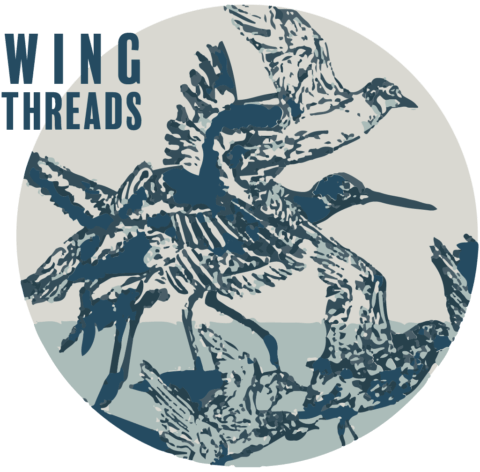 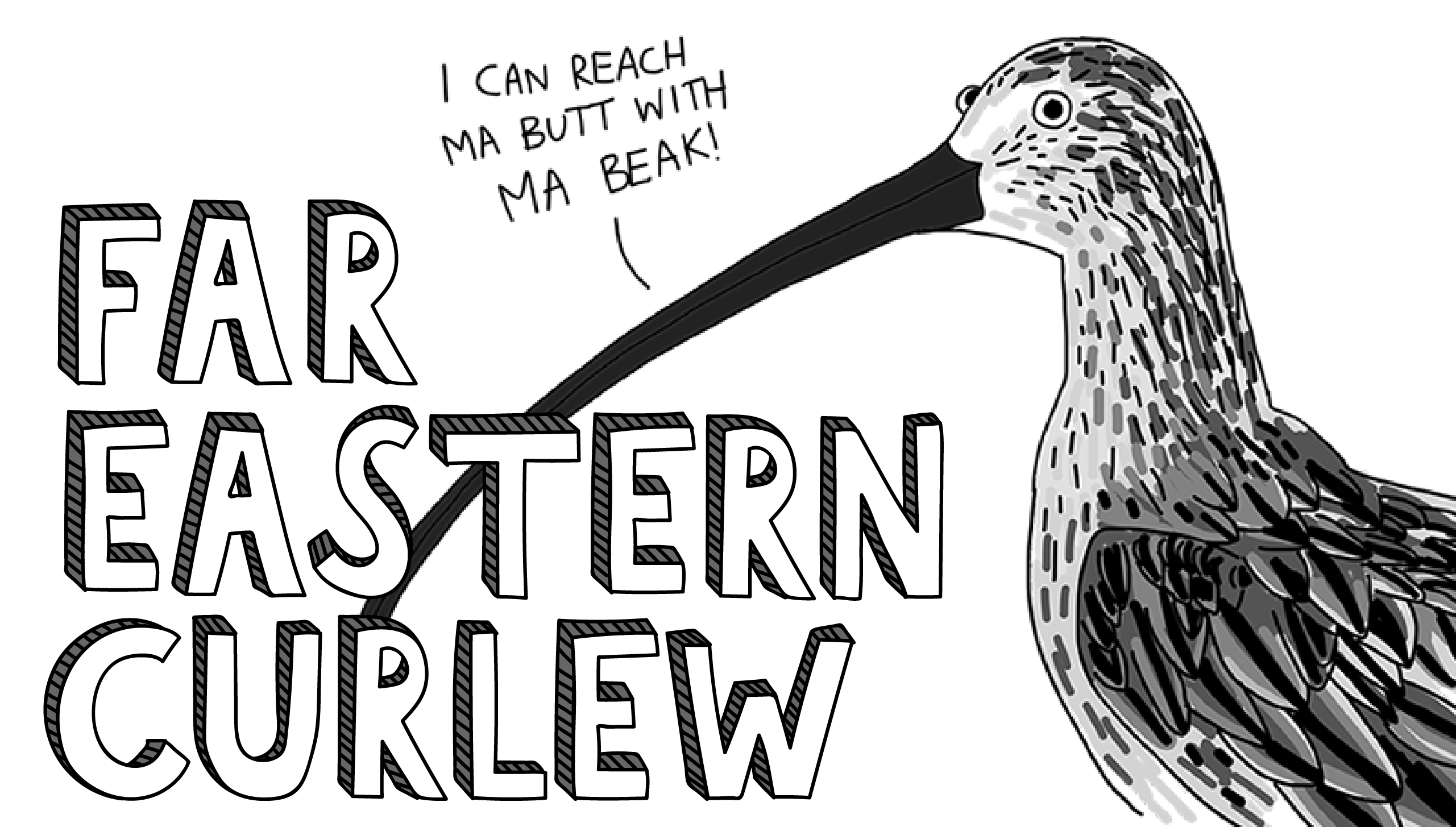 The Far Eastern Curlew is the largest shorebird in the world. Only found in the East Asian-Australasian Flyway, it weighs in at around 1.2 kilograms.

The bill length of the Far Eastern Curlew can help to tell it apart from other shorebirds. Unlike a Whimbrel, its curved beak is so long that if it turned its head around, it could touch its tail.

Far-eastern Curlews are also seen on occassion with vagrant Eurasian Curlews. To verify the latter, look for the white rump and tail easily seen during flight. 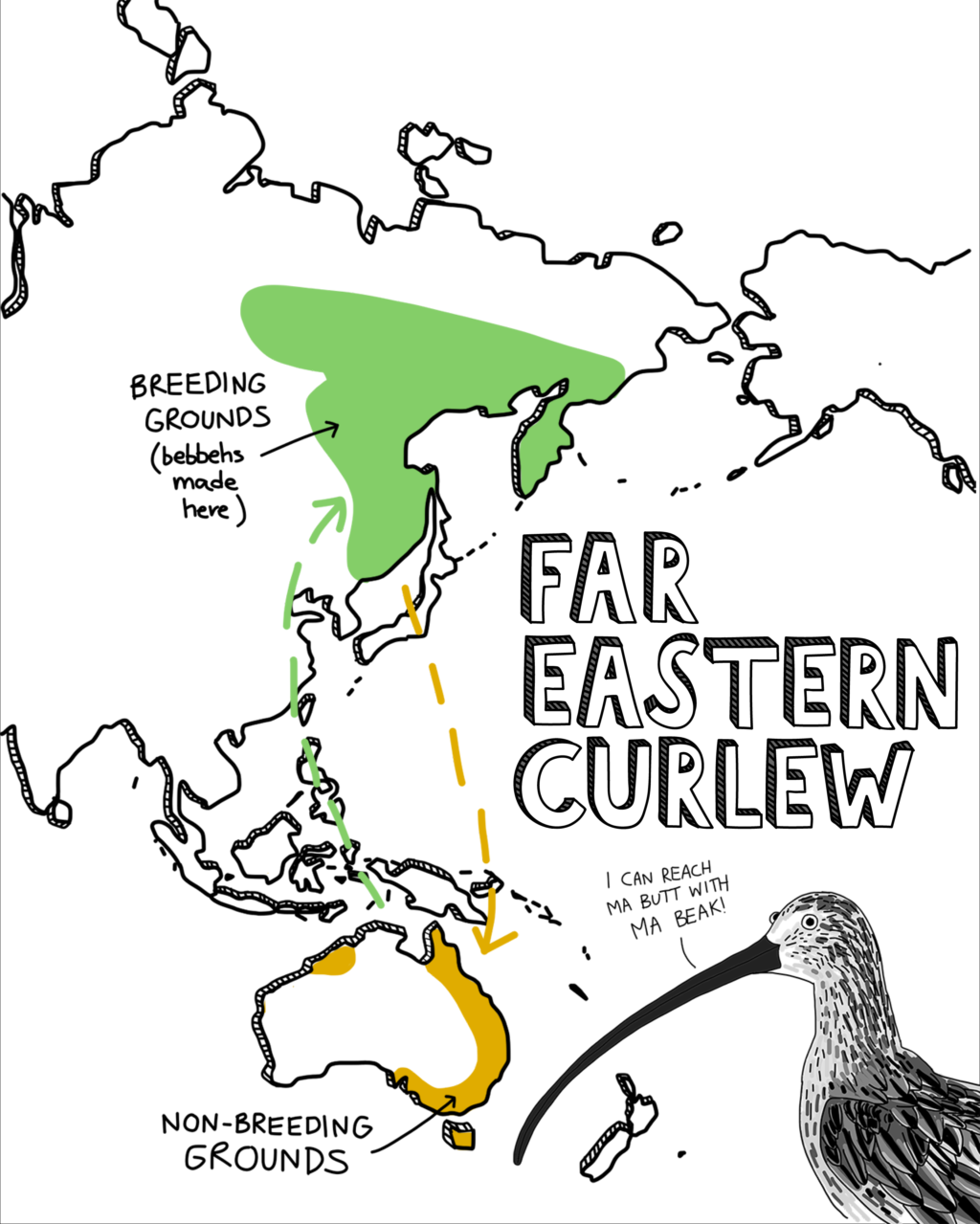 The Far Eastern Curlew breeds in Russia and Northeastern China, including Mongolia. When in Australia, Far-eastern Curlews prefer to feed in mudflats with seagrass beds. Here, they use their long, curved bills to probe deep into the mud to pull out crabs and molluscs.
Over the last 30 years, the Far Eastern Curlew has declined by 30-49% in Australia. Habitat loss in key stopover sites along the Flyway is the biggest threat to this species. It is now listed as Critically Endangered in Australia and Endangered on the IUCN Red List.
Around 73% of the population spend their time here in the non-breeding season. Thus Australians have a special responsibility to protect this Curlew and its habitat.